The Pegasus Quantum is a British two-seat, ultralight trike that was designed and produced by Pegasus Aviation and later by P&M Aviation. The Quantum production was ceased in 2012, but full spares and support are still available and will remain so for the foreseeable future. The Quantum was intended as an up-scale touring trike for long distance flying. 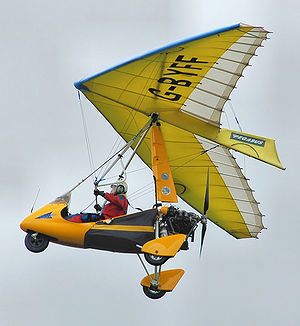