Modification to a Flexwing 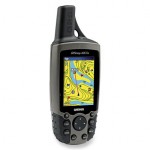 The official documentation can be found on the BMAA Website HERE

There are 3 versions of modifications:

These are modifications that can be added to your flexwing that the manufacturer offers as a factory fit option. For instance, my Quik came with a 47l Tank. P & M offer the option for a 65l tank. I purchased a second hand tank, and then bought all the required parts (fuel pickup/Fuel gauge sender/bolts etc) from P&M. They also supplied the paperwork that stipulated what needed to be done. My local BMAA inspector swapped them over for me and made sure it was all done to the correct standard. The mod is entered into your Aircraft log book, and is signed off by a BMAA inspector. No further paperwork is required.

These modifications are upgrades that have been identified as being minor, but need the ratification by a BMAA inspector, and then also registered with the BMAA for a fee (at time of writing – this was £15 each) There are specific forms supplied by the BMAA containing both comprehensive instructions and a check list of things that need done to complete the work. All the checklist items need to be completed and signed by a BMAA inspector. I added in 3 x mods to my Quik (Sat-Nav, Aux power and strobes on the spats) Calculations are required for additional weight of any devices, even the cables. Analysis of power drain, fuses and correct cabling are all included in the observations for the form.

After the forms are completed to the satisfaction of the inspector, the owner sends the forms away to the BMAA for ratification. An entry is put in the aircraft log book, and the signed off forms are returned to the owner, to be kept with the aircraft documentation for reference.

BMAA Modifications that were both well defined by the original applicant and for which quality control procedures have been put in place are defined as ‘series’ modifications. Subsequent applicants apply for these in the same way as one-off BMAA Modifications but do not need to provide a technical justification.

A BMAA Inspector must be nominated to oversee and sign-off a BMAA modifications.